In this interview with Entertainment Tonight, I discuss food recommendations, celebrity clients, and the science behind my philosophies.

Your lifestyle is all about the “Fab Four.” Tell us what that means.

Everything I do is based in science, and the Fab Four is the life structure to help you live it. It’s protein, fat, fiber and greens. I spent eight years working in cancer research and genetics [before becoming a nutritionist], and what I’ve realized is a lot of people live by “do not eat” lists. We tend to bucket things as “good” or “bad” for us and it all becomes paralysis by analysis—we get anxiety and have food drama over what we eat! I like to take the drama away.

A lot of the recipes in your book are for smoothies. How did you arrive at smoothies being a helpful solution?

I was once working with a model who was essentially under-eating; she was having no protein, but drinking all these green juices, and she wasn’t reaching any of her body composition goals because she was kind of starving herself and then caving and ending up eating something she didn’t want to eat and feeling really bad about it. I came to her house and ripped the labels off protein, fat, fiber and greens and gave her everything her body needed to turn off hunger hormones in a blender. I wanted to help with bloat around her midsection, and to help her not be “skinnyfat.”

We switched her from juices to smoothies and she hit goals in six weeks! I realized how powerful that was, for someone to know this easy, liquid meal could help them. People are more relaxed during the day and they eat less overall at lunch and dinner because of a morning smoothie. 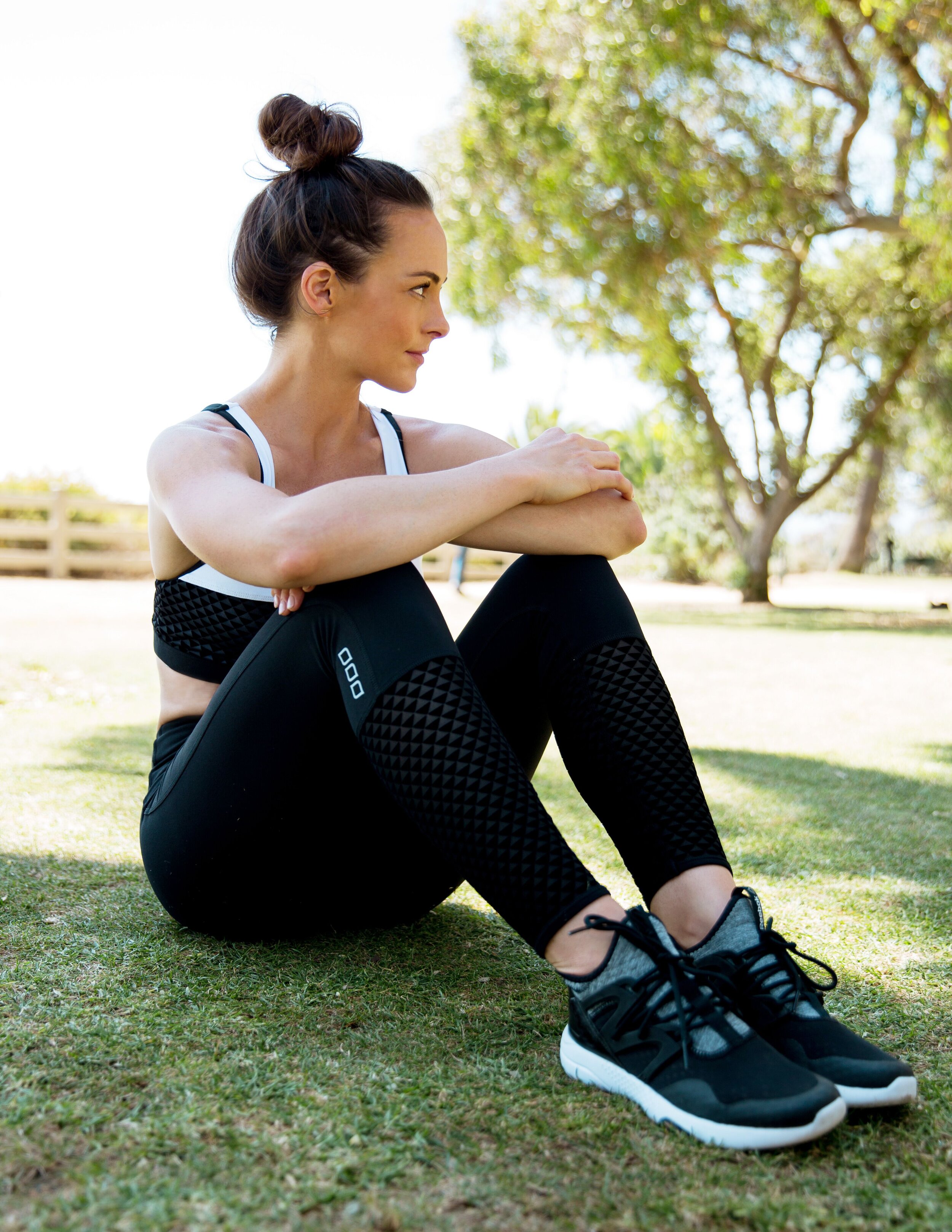 You guided Shameless star Emmy Rossum on losing weight for her wedding. How did your philosophies help her and what were the results?

Emmy is my most consistent client, and success is all about consistency. She starts her day with a smoothie for breakfast or eggs, avocado and veggies. She starts her morning with a fasted workout -- wake up, workout fast, then have your smoothie, and no matter what happens, you will get through the day and stay slim. When we first met, we went through her diet and Emmy was eating a lot of sugar via snacking on fruit or chocolate, and I was able to give her tips and tricks and help her understand the way the metabolism and fructose worked. We put the foods she needed on her plate to keep her blood sugar balanced. We measured her before and after she started the plan we put together, and in six weeks she lost eight inches!

Your focus is on food, so you either leave it to your clients to exercise consistently or you recommend trainers. But how important is food to body goals vs. exercise?

Food is 75 percent of the story, and exercise is 25 percent. You can’t out-exercise a horrible diet. There’s only so much space for your body to store blood sugar and when you think about eating a whole pizza, eating any amount of carbohydrates really, that spikes your blood sugar and needs to be stored somewhere, whether in your liver or your muscles or if there’s no space left there, it’s converted to fat, causes inflammation and is stored as fat. People with huge muscles can get away with more carbs and sugar because they have bigger storage tanks: their muscles. But I make time and space for people to enjoy these things, because it should all be manageable.

Teaching people the science behind their metabolisms must be very freeing for them.

My book empowers people to really think about what should be on their plate, and when they start eating this way, they’ll feel relaxed and calm around food. It won’t be as hard to say no to foods because they’re biologically satisfied! For example, dopamine is the reward hormone released in the brain when people do drugs, have an orgasm … or eat comfort foods like a brownie. The release makes us want even more, and that’s something that would happen for us to perpetuate the literal survival of the human race. But now with food everywhere, we really don’t need that release to make sure we’re eating sugar, but we still have it -- this chemical release that makes sugar highly addictive.

I’m trying to teach people not to think about what they can’t eat, but instead empowering them to have categories of food they should eat at every meal, so they’re turning off their hunger hormones and not crashing into their next meal starving.

What are some foods you consistently recommend for people?

Lemon juice for salad dressing and smoothies, wild sockeye salmon and organic super greens. For a healthy cocktail, go vodka or tequila. If you’re using protein powder, I love pea protein and am actually working on my own product to come out with -- it’ll be sweetened with monk fruit. Always look for protein powder with fewer than five ingredients! If you need wine, I love this brand Dry Farm Wines—they’re 100% organic, pesticide-free and they don’t add Mega Purple, which is a grape fructose concentrate that’s in a lot of wine and is not great for our health.

There’s got to be so much hidden in our foods that we don’t know about. A lot of people are talking about the vegan-focused documentary What the Health—have you seen it?

Yes, and I think it’s fear mongering. It’s not the whole picture… It’s completely erroneous  to say you can be vegan and eat all the sugar you want and not be diabetic. I have multiple clients who are diabetic vegans; it’s a very real thing. I’m disappointed in the message. Do I think industrial-raised animals are bad for you? Absolutely. Hormones, injections with sodium, all of that is horrendous. But when you can make the choice to have 100% pasture-raised animals and eggs and things that are hormone-free, that type of protein that breaks down into amino acids in your body is actually really good for you. It’s really healthy, helps your body have iron, iron helps bring oxygen to cells and your body is constantly in need of protein to rebuild cells.

Your book has so much more info in it, tons of recipes—such an accomplishment! But what’s next for you?

Well, I’ve worked with a lot of pregnant women and I’d actually love to start a family myself! I love working with someone who’s growing a baby, it’s beautiful, or brides -- they’re so motivated and I just love love. … I’d really love to have four kids. I’m also working on more videos for YouTube and thinking about a second book. Right now, after the first book, people are Skyping with me from all over the world for client sessions, so it’s been a busy time, but very exciting!

Article originally published on ET Online: Meet Kelly LeVeque, the Celebrity Nutritionist Who Will Completely Change the Way You Think About Food